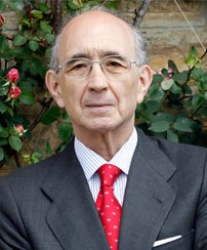 Director of the Area of Rural Development

International civil servant and art critic. Member of the Jury of the Prince of Asturias Awards (1999 and 2000) and of the I Reina Sofía International Prize for the restoration of Monuments in Latin America. Member and Vice President of the European Union Heritage Awards / Europa Nostra Contest, until his election as President in 2012. Consultant of the Holy See for the Cultural Assets of the Church (1996-2008).

In 2004, the Botin Foundation entrusted him with the design and management of a Development Programme, based on the intelligence of the Territory and the enhancement of heritage resources in an area of Cantabria, the Nansa Valley and Peñarrubia.

Before joining the Council of Europe, he was an advisor in the Cabinet of the General Directorate of Fine Arts (1968-1970), Exhibition Commissioner of the Ministry of Foreign Affairs (1969-1979), Director of the Centre for New Expressive Forms, Ministry of Culture, between 1978 and 1979, when he was appointed Secretary of the National Council of Plastic Arts, a position that he did not take possession of due to his incorporation to the Council of Europe.

He has acted as a speaker for the Culture Commissions of the European Parliament and of the Parliamentary Assembly of the Council of Europe, the former Supreme Soviet of Moscow and the Senate of the French Republic, on the subject of illicit circulation of Cultural Goods. 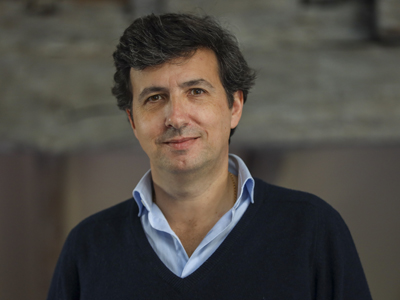 Coordinator of the Area of Rural Development

Degree in Business Administration and Management from the Francisco de Vitoria University (UFV) and Executive MBA from San Telmo Business School. He has been trained in Digital Transformation of Organisations and people, as well as in Strategic Management and Social Leadership.

The signs of his professional development were linked to the Management and Certification of agri-food products.

He joins the Foundation as Coordinator of the Rural Development Programme, maintaining close contact with the Agents of the Territory and coordinating projects such as Nansaemprende, which promotes entrepreneurship in rural areas, as well as the Livestock Programme.

Since 2016, he has been a member of the team of the Programme for the Consolidation of the Civil Service in Latin America as Academic and Organisation Coordinator. 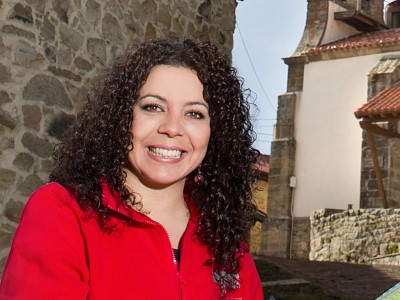 Coordinate activities in the Rectoral House

Joined the Rural Development area in 2009, responsible for the management and maintenance of the Rectoral House of Puente Pumar, headquarters of the Botin Foundation in the Nansa Valley.

She has a Diploma in Teaching from the University of Oviedo and has a certification in Advanced English and Social Skills, among others. Strengthen your English skills in Sliema (Malta) by obtaining IELTS-Advanced.

As for her activity in the Rural Development Area, in addition to her work in management at the Rectoral House, she collaborates in projects to support entrepreneurs, attends to needs and manages social networks. She has participated in various regional, national and European congresses.

Information about the area of Rural Development

Learn about all the programmes promoted by the Botin Foundation from the Rural Development area.

Programme for the economic development of the rural environment based on traditionally developed activities, such as agriculture, livestock, hospitality, crafts, etc.

An initiative whose objective is to promote sustainable development dynamics in a rural area of Cantabria: the Nansa Valley and Peñarrubia.

Socio-cultural animation activities, aimed at both the elderly and children and young people, based on a work principle of closeness required by any rural development initiative.