Javier Botin has been a member of the Board of Trustees of the Botin Foundation since 2004 and has chaired it since 2014.

Graduated in Law from the Complutense University of Madrid, he has a long professional career in the financial world. He is Chairman and CEO of JB Capital Markets, the first independent securities company in Spain with capitalisation, of which he was a founder. Likewise, he has been a member of the Board of Directors of Banco Santander since 2004, as an external proprietary member.

He collaborates with other non-profit institutions such as the Princess of Gerona Foundation and the Prehistoric Research Institute of Cantabria, of which he is a Trustee, and with the Real Golf de Pedreña, whose Board of Directors he has chaired since 2009.

He worked at Salomon Brothers, Corporate Finance and M&A until 1995. From 1995 he managed various areas of Bankinter within the Business Banking Division and was in charge of creating the Venture Capital Division. He is currently Executive Vice-Chairman and Chairman of the Bankinter Executive Committee and Chairman of Línea Directa Aseguradora, S.A. Insurance and Reinsurance Company.

Paloma graduated from Wellesley College, Massachusetts (USA) with a double degree in Art History and Russian Philology in 1985, after having spent the 1984-1985 academic year in Moscow.

In July 1988, she coordinated Sotheby’s first Contemporary Soviet Art Auction in Moscow. She worked as a volunteer/advisor for the International Foundation for Art Research (IFAR) in New York, from 1990 to 1992.

The Director of the Art Department for Nordstern Fine Art Insurance and Axa Art between 1992 and 2003, she is currently the founder and owner of Es Arte Deleitosa S.L., a company specialising in art insurance and consulting services.

A member of both the Board of Trustees and the Art Committee of the Botín Foundation, she is the Art Advisor for the Santander Group and since 2004 she has been a member of the International Council of New York’s Museum of Modern Art (MOMA).

She has also formed part of the Board of Trustees of the Museum for African Art (New York) since 2009, and is a member of the Global Advisory Board at Babson College, Wellesley (Massachusetts, USA).

Paloma Botín was additionally the star of the nine-hour Soviet-Spanish television production of ‘Don Quijote de la Mancha’, which was shot on locations in Georgia (USSR), Moscow and La Mancha (Spain) between 1984 and 1985.

Degree in Economics.
Between 1981 and 1988 she worked at JP.MORGAN in Madrid and New York, in the Treasury and Latin America Divisions. Appointed Vice President in 1985.
In 1988 she joined Banco Santander. She had a relevant role in the Bank’s international expansion in the 1990s and was responsible for the Latin American, Corporate Banking, Asset Management and Treasury areas. CEO of Banco Santander de Negocios. Director and member of the Executive Committee of Banco Santander since 1989 and of the Management Committee since 1994.
From 2002 to November 2010, President of Banesto, under whose mandate she has made a clear commitment to innovation and SMEs. In recognition of this work, the prestigious Euromoney magazine has distinguished Banesto as the best bank in Spain in 2008, 2009 and 2010.
From 2010 to 2014 she was CEO of Santander UK plc.
She has been a member of the Boards of Directors of Insead (1999-2010) and Generali (2004-2011) and a member of the Advisory Council of the New York Stock Exchange and the Inter-American Development Bank. She is the founder and Vice President of the Fundación Empresa y Crecimiento, Co-founder and President of the Fundación Ciencia y Desarrollo, and Co-founder and President of the Fundación Empieza por Educar.
Since 2007, Member of the Council of Georgetown University. From March 2007 to March 2010 President of the Club for Excellence in Management.
Since May 2008 she has been a member of the Board of Directors of the EABH e.V. (European Association for the History of the Banking and Financial Sector).
Since 2011 she is a Member of the INSEAD Advisory Council.
Since 2014, she has been the Executive President of Banco Santander.
She speaks four languages. She is married and has 3 children.

He has 23 years of experience in risk management and global financial markets. He is currently President, majority shareholder and founder of Rentamarkets (founded in 2010), a financial company dedicated to asset management and capital markets. In addition, he was President (2002-2011) and majority shareholder of Swissrisk Financial Solutions GMBH, a pan-European financial software company. Previously, he was President and founding partner of Vega Asset Management (1998-2002), a leading European global macro management fund in its sector.

From 1989 to 2005 he was a Director of Banco Santander, where he also held executive positions during the period 1992-1998, first as Head of Global Risk Management and later as Head of Global Markets. He is also the co-author of a book sponsored by Banco Santander and the Inter-American Development Bank, entitled Financial Risk Management: A Practical Guide for Latin American Markets. From 1986 to 1992 he worked for Bankers Trust, in the Structured Products Department, from where he was absent during 1987 to perform military service in the Special Operations Companies of the Spanish Army.

He is also a co-founder and president of the eCare Foundation.

Member of the Board of Trustees of the Botin Foundation. 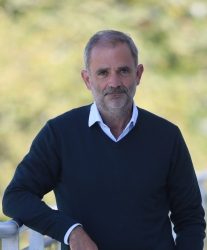 From 2006 to 2008, he took over the Management of the Integer Group for Spain, an educational group with more than 15 private and subsidised centres throughout the country and more than 1,500 employees.
In 2002 he launched the LIDER Scholarship Program of the Carolina Foundation and Banco Santander, a project that he directed for six years together with President Andrés Pastrana. It is one of the most prestigious scholarship programs in Ibero-America.

The beginning of his professional life was in the Iuve Foundation, in which he holds various positions and which he presided over between 1997 and 2000. In Iuve he had the opportunity to launch projects in collaboration with public and private entities that, in their day, were pioneers in areas such as leadership training or volunteering and development cooperation.

He is a member of the Social Council of the University of Cantabria. 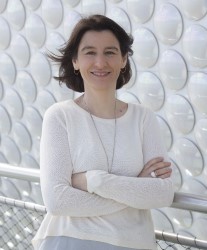 Executive Director of the Botin Centre

A graduate in translation and interpretation from the University of Salamanca, where she specialised in Social Education. She studied French Language and Civilisation at the Sorbonne University in Paris.

In 1997 she was in charge of the coordination and general administration of the Socio-sanitary Action Plan for the elderly that the Botin Foundation promoted and financed for the Government of Cantabria. In 2000, she took over as head of the social development area of the Foundation.

From 2004 to 2013 she was director of projects and of the education area of the Botin Foundation. She worked directly with the research groups in emotional, social and creativity education, the evaluation teams and the educational centres. From 2011 to 2018 she was co-director of the Master in emotional, social and creativity education developed thanks to the collaboration of the Botin Foundation and the University of Cantabria.

Between October 2012 and April 2013, she worked at the Tate Gallery in London, collaborating with the different departments linked to the Tate Modern expansion project.

Since March 2013, she has been the executive director of the Botin Centre, an art centre designed by the architect Renzo Piano, which contributes, through the arts, to developing the creativity necessary to generate economic and social wealth in Santander. 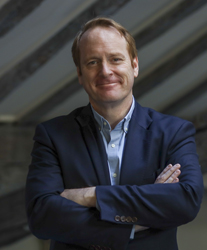 He is a Doctor of Forestry Engineering from the Polytechnic University of Madrid.
The beginning of his professional career took place at the University of Ávila, where he held the position of Vice-Rector for Academic Planning from 1997 to 1999.

He has been Deputy Director General of the San Pablo CEU Foundation and President of the Academic Council of the International Business School, until his appointment as Director of the Observatory of Trends and Talent Development Programmes of the Botin Foundation in December 2010.

Regarding his research activity in education, his participation in 30 research projects and 25 national and foreign publications in the area of physical planning and rural development stands out. He is an Associate Professor at the Rey Juan Carlos University 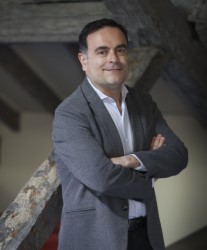 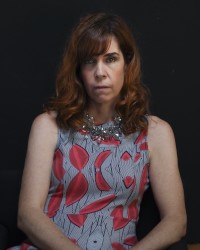